What's the Story?:
From Goodreads.com: "A marvel: something you find amazing. Even ordinary-amazing. Like potatoes—because they make French fries happen. Like the perfect fries Adam and his mom used to make together.

An oddity: whatever gives you pause. Like the fact that there are hateful people in the world. Like Zayneb’s teacher, who won’t stop reminding the class how “bad” Muslims are.

But Zayneb, the only Muslim in class, isn’t bad. She’s angry.

When she gets suspended for confronting her teacher, and he begins investigating her activist friends, Zayneb heads to her aunt’s house in Doha, Qatar, for an early start to spring break.

Fueled by the guilt of getting her friends in trouble, she resolves to try out a newer, “nicer” version of herself in a place where no one knows her.

Then her path crosses with Adam’s.

Since he got diagnosed with multiple sclerosis in November, Adam’s stopped going to classes, intent, instead, on perfecting the making of things. Intent on keeping the memory of his mom alive for his little sister.

Adam’s also intent on keeping his diagnosis a secret from his grieving father.

Alone, Adam and Zayneb are playing roles for others, keeping their real thoughts locked away in their journals.

Until a marvel and an oddity occurs…

Oddity: Adam and Zayneb meeting."
My Two Cents:
"Love from A to Z" is a sweet romcom about Adam and Zayneb, two people who for different reasons both feel like fish out of water. Zayneb has been sent to Qatar to visit her aunt and to get away from the hurt and anger she felt attending a school where being a Muslim made her the target of hate from both students and teachers. Adam is hiding a secret about his health that he fears will further force his family to spiral out of control. When Zayneb and Adam meet, their worlds collide in such a way that they realize that their worlds will never be the same.

I really enjoyed this book! The story is very multi-faceted and I loved reading about how both Zayneb and Adam are able to deal with so many difficult things at a really young age. My heart ached for both of them. With both of their situations, she are trying to take on so much by themselves without breaking. Both of them long to be accepted for who they are even when that seems like such a heavy challenge with everything going on around them. They are both strong, vivid, and resilient characters so when they meet, you are really rooting for them as they meet and begin to fall for each other.

The romance at the center of the book was great. Adam and Zayneb meet by chance but as the story unfolds, it seems that perhaps fate had something to do with it. I loved seeing how they begin to open up to each other even when opening up means also opening old wounds and letting their guard down somewhat, incredibly difficult for strong people, of course. Their meeting definitely gave me butterflies.

I loved how many subjects this book touched on and how diverse the representation was. The book really took me through a rollercoaster of emotions with how many different subjects it touched on, which I loved! This would be a great pick for someone looking for a YA that touches on both the serious and tender. 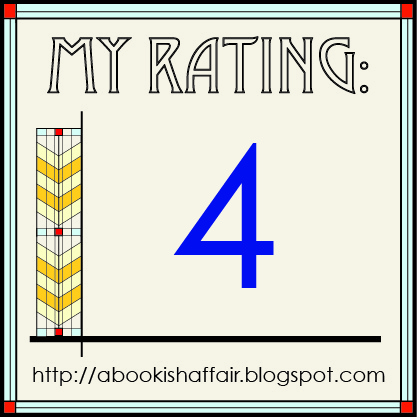