I am so happy to welcome Jane Marlow here to A Bookish Affair today! 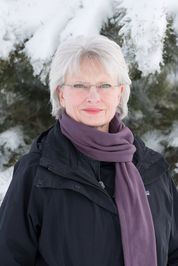 Thanks so much, Meg, for including me on A Bookish Affair and congrats on having such a polished blog!

Eighteen years ago, I began conducting research on an intriguing chunk of history that had been largely overlooked by today’s novelists.  I learned that 200 years ago, agricultural Russia was as economically dependent upon its serfs as the southern U.S. states were upon slaves.  Both serfs and slaves endured degrading and exhausting lives which ended in an early death, even by 19th-century standards.

To effectively tell a fictional tale set in 1800s rural Russia, I felt I must show the disparities through the eyes of both the haves (nobility) and the have-nots (serfs).  For example, in the following except, a peasant, 14-year-old Anna, just returned from her first visit inside the estate mansion and is describing it to her mother.

“The men carry little pieces of cloth in their pockets.” She held her hands so her extended fingers made a square the size of a stool’s seat. “When they need to blow their nose, they take out the cloth, put their snot into it, fold it up, and put it back into their pocket.”
Her mother ran the peculiar scenario through her mind. “Are you sure?”
Anna’s head rocked up and down. “I saw it.”

I hope Who Is to Blame is an eye-opener regarding the 1861 emancipation of the serfs, as well as the resulting collapse of the rural gentry’s life of privilege and gay carelessness.

Anyone interested in delving deeper into the culture and history of Russia (a country truly like no other) is invited to read my free e-newsletter.  Chockful of Russian riddles, proverbs, artwork, and tidbits of 19th century life, the newsletter is designed for inquisitive people who prefer to chuckle while they learn.  No spam.   http://janemarlowbooks.com/contact/

Warmest regards and well wishes for a future full of mind-awakening books!
Jane Marlow
Posted by Meg @ A Bookish Affair at 4:00 AM