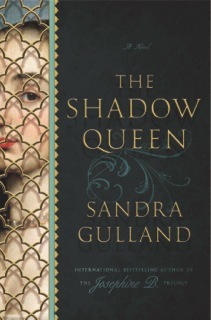 From Goodreads.com: "A series of chance encounters gradually pull Claudette into the alluring orbit of Athénaïs de Montespan, mistress to Louis XIV and reigning "Shadow Queen." Needing someone to safeguard her secrets, Athénaïs offers to hire Claudette as her personal attendant.

Enticed by the promise of riches and respectability, Claudette leaves the world of the theater only to find that court is very much like a stage, with outward shows of loyalty masking more devious intentions. This parallel is not lost on Athénaïs, who fears political enemies are plotting her ruin as young courtesans angle to take the coveted spot in the king's bed.

Indeed, Claudette's "reputable" new position is marked by spying, illicit trysts and titanic power struggles. As Athénaïs, becomes ever more desperate to hold onto the King's favor, innocent love charms move into the realm of deadly Black Magic, and Claudette is forced to consider a move that will put her own life—and the family she loves so dearly—at risk.

Set against the gilded opulence of a newly-constructed Versailles and the War of Theaters, THE SHADOW QUEEN is a seductive, gripping novel about the lure of wealth, the illusion of power, and the increasingly uneasy relationship between two strong-willed women whose actions could shape the future of France."

"The Shadow Queen" is an engaging historical fiction tale of Claudette, a young woman who comes from a family of performers and actors and finds herself in the center of the court of France's Louis XIV as she becomes a confidante to Athenais, the King's mistress. Claudette was a real person, which made this tale even more fascinating to read.

Claudette is a really interesting character and I really liked that she was based on a real historical figure. Her voice felt really authentic to me and I love the way that she was written. She grew up in a family of performers and is very good at what she does. I loved reading about her family and all of their performances that they put on for the nobility. I think the world of theatre at that time must have been so absolutely fascinating and it really shines through in this book.

This book centers on the characters but it also touches on the importance of performers and actors in the political realm. I love historical fiction that takes place in the Royal Courts of Europe but a lot of them can kind of feel this same. The political and religion aspects of this book gave this book a totally different feeling that I ate up. Although many enjoyed their performances, the performers were often seen as almost being evil. The juxtaposition between so many enjoying theatre and how it interplayed with religion and politics was really interesting to me.

Overall, this was a fascinating take on court life and my fellow historical fiction fans will eat it up! 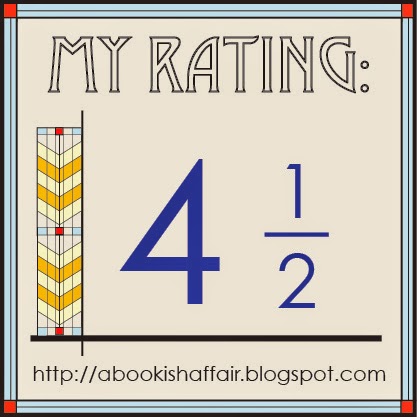