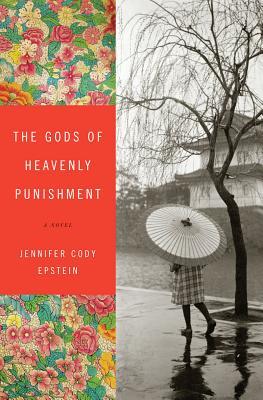 From Goodreads.com: "In this evocative and thrilling epic novel, fifteen-year-old Yoshi Kobayashi, child of Japan’s New Empire, daughter of an ardent expansionist and a mother with a haunting past, is on her way home on a March night when American bombers shower her city with napalm—an attack that leaves one hundred thousand dead within hours and half the city in ashen ruins. In the days that follow, Yoshi’s old life will blur beyond recognition, leading her to a new world marked by destruction and shaped by those considered the enemy: Cam, a downed bomber pilot taken prisoner by the Imperial Japanese Army; Anton, a gifted architect who helped modernize Tokyo’s prewar skyline but is now charged with destroying it; and Billy, an Occupation soldier who arrives in the blackened city with a dark secret of his own. Directly or indirectly, each will shape Yoshi’s journey as she seeks safety, love, and redemption."

"The Gods of Heavenly Punishment" is a story set in both Japan and the United States during World War II. It follows many different characters, both Japanese and American, through their experiences during the war. Due to the setting and time period in this book, I'm sure you can imagine that some of the subject matter of this book is certainly heavy indeed but I can promise that if you stick it out, you'll be rewarded with a pretty good story full of interesting characters and set against several world changing events.

Each chapter follows a set of different characters although some of the characters appear in more than one chapter. All of the chapters come together in the end to tell a whole story. Because all of the stories feel very separate (some more or less than others), I kept waiting to see how they would come together, which was a tiny bit distracting.

There were many interesting characters in this book. I was especially intrigued by Hana and her daughter, Yoshi. There is a lot of mystery surrounding Hana throughout the book and I really liked putting all the pieces together to see what happened to her. Yoshi definitely fascinated me as well.

The writing in this book was really good too. Even when I was a little bit frustrated by trying to see how all of the parts were coming together, the writing definitely kept me going. I will be anxious to see where else Epstein's writing takes her. 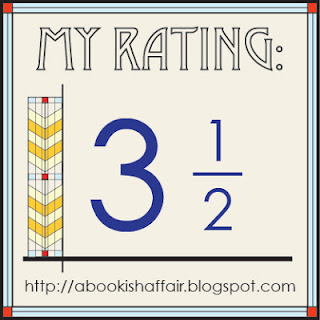