From Goodreads.com: "When recent college graduate Allison Amundson, a small town girl from South Dakota, lands the highly sought after job of scheduler to the newly-elected and rising star of the United States Senate, Senator Anders McDermott III, she thinks she is on the fast track to success.

However, she quickly learns that crazy co-workers, a high maintenance boss, an over-the-top family and an unexpected Presidential bid make Capitol Hill seem even more dysfunctional than portrayed on TV. In fact, it is Capitol Hell.

The second Allison sets foot in the prestigious Senate Russell Building, things begin to go awry. Allison soon realizes her co-workers consist of a Chief of Staff who has little to no control over the antics in the office, a Press Secretary who is not only pompous, but who is constantly primping and preening, and worst of all the Senator himself, who cares more about his rise to fame than the people of Minnesota.

As Allison struggles to juggle a new career, her blooming love interest in Cam (a quiet but loyal Legislative Assistant), and her ever-declining bank account, she is comforted only by her co-worker Janet, a fireplug who spends the majority of her time on-line dating, trying to land a Senator of her own.

Just as Allison and Janet begin to figure out the ins and outs of Capitol Hill, their lives are turned upside down when Senator McDermott announces his bid for President of the United States. Soon, Allison and Janet find themselves at the center of one of the craziest campaigns in history, and hilarity ensues.

This off-beat, funny novel captures and shares what it is like to be a young staffer working on Capitol Hill."

Okay, let me first say that this book was so much fun! Growing up in the Washington, D.C. area and being majorly afflicted with political fever, at some point in my life, I wondered what it would be like to work on the Hill. I went a totally opposite way after college so I really enjoyed living vicariously through Allison, the main character, in this book. All I can say now is that Allison definitely does not make the Hill as glamorous as I had dreamed that it would be.

Allison is a girl after my own heart. She's smart and all she wants to do is to do a good job. After all, the Hill is her dream. Unfortunately there is a cast of characters who almost seem hellbent on destroying her career or at least making her life miserable. Even if you don't have political aspirations, I think that anyone who has worked in an office setting will enjoy this book. There is the cast of characters that you may find in your own office. They are so dysfunctional that you find yourself wondering how they got the job in the first place. People like that are very funny to read about even if they are not funny to actually have to work with.

I love the writing in this book. Told from the first person perspective, it feels like Allison is a friend telling you exactly what's going on in her world. While the writing and some of the things that happen in the book are indeed funny, the writing is also very smart. I would say that this book is the kind of book you want to read when you need something lighter but you don't want just fluff. This book is definitely more of the brain candy variety.

I was also very excited to see that there might be a hint of a sequel to this book at the end. Will there be? I really hope so! 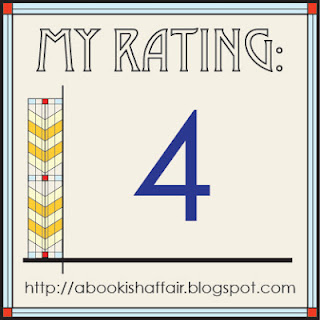