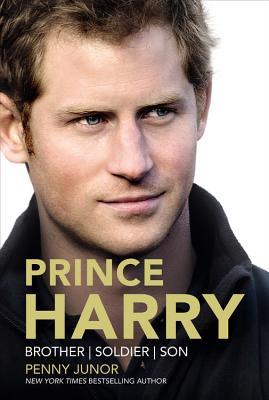 From Goodreads.com: "Prince Harry, one of the most popular members of the British royal family, has had a colorful life. After losing his mother at 12 years old, he spent his teenage years making questionable choices under intense international media scrutiny, becoming known for his mischevious grin, shock of red hair, and the occassional not-so-royal indiscretion. As he's grown, he has distinguished himself through military service, flying helicopters for the RAF. He served in Afghanistan and continues to devote himself to his military career. He also follows in his mother's footsteps with charity work--he is the founder of Sentebale, a charity to help orphans in Lesotho, and works with many other charitable organizations to help young people in society and to conserve natural resources. As he reaches his thirtieth birthday, Prince Harry is proving himself a prince of the people.

With unprecedented access to the most important figures in his life, Penny Junor is able get the truth about who this mercurial and fascinating royal son really is. A modern biography of a modern prince, this book offers an insider's look at the life of the man who is fourth in line to Britain's throne."

If you know me, I know that I love reading about royalty, particularly the British royalty. Any time that I see a biography of one of the members of the royal family I have to pick it up. This book was no different. These books always promise unfettered access to royalty, which is never really true. I always hope. Prince Harry is a fascinating guy and I wanted to get closer to him.

In a lot of ways for those who are already for familiar with the royal family. this book will probably fall a little flat. For those who are not familiar with the royal family as much, those readers may be more interested in the heavy dose of background that is given to us at the very beginning. The author goes into a lot of detail about Prince Charles and Princess Diana and doesn't really paint either in the most positive light. Nothing really new or different was offered here.

I definitely like the book a little bit more once I got to more of what Prince Harry is doing as an adult and how he has changed since his childhood. The later part of the book was definitely more interesting to me. Overall, this book fell a little flat for me because of the beginning. 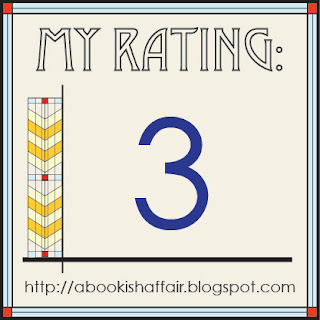