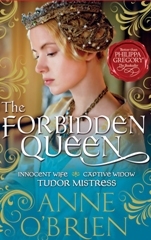 From Goodreads.com: "An innocent pawn

A kingdom without a king

A new dynasty will reign…

1415. The jewel in the French crown, Katherine de Valois, is waiting under lock and key for King Henry V. While he's been slaughtering her kinsmen in Agincourt, Katherine has been praying for marriage to save her from her misery. But the brutal king wants her crown, not her innocent love.

For Katherine, England is a lion's den of greed, avarice and mistrust. And when she is widowed at twenty-one, she becomes a prize ripe for the taking—her young son the future monarch, her hand in marriage worth a kingdom.

This is a deadly political game, one the dowager queen must learn fast. The players—the Duke of Gloucester, Edmund Beaufort and Owen Tudor—are circling. Who will have her? Who will ruin her? This is the story of Katherine de Valois."

"The Forbidden Queen" is the story of Katherine de Valois, a French princess who becomes King Henry V of England's queen. I didn't really know much about Katherine before reading this book. She was absolutely fascinating and I really enjoyed reading about her in this book.

I really liked that the book was told from Katherine's point of view. I often find that I like reading books where the major player in the book gets to tell their own story. You really do get a front row view of the action. You get a level of honesty and full disclosure that you don't always get from other forms of points of view.

The book follows Katherine from her cloistered life in France to when she becomes the Queen of England and beyond. As a young girl, she has to deal with her selfish and overbearing mother, Isabeau, who seems to be way more interested in herself and doesn't really seem to be able to give Katherine the love and support she craves. I found this relationship to be really fascinating to read about. Katherine is really used as a pawn to create stronger ties between France and England. Katherine realizes this and it was really interesting to see how she deals with the idea of us. I can't really imagine being in her shoes.

The writing in the book was really good and really brought Katherine to life for me. I definitely want to read more about Katherine! 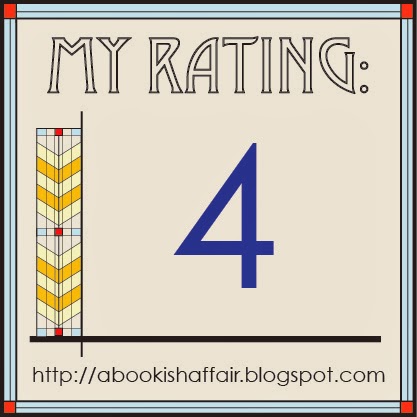