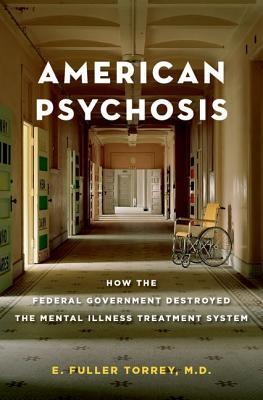 From Goodreads.com: "In 1963, President John F. Kennedy delivered an historic speech on mental illness and retardation. He described sweeping new programs to replace "the shabby treatment of the many millions of the mentally disabled in custodial institutions" with treatment in community mental health centers. This movement, later referred to as "deinstitutionalization," continues to impact mental health care. Though he never publicly acknowledged it, the program was a tribute to Kennedy's sister Rosemary, who was born mildly retarded and developed a schizophrenia-like illness. Terrified she'd become pregnant, Joseph Kennedy arranged for his daughter to receive a lobotomy, which was a disaster and left her severely retarded.

Fifty years after Kennedy's speech, E. Fuller Torrey's book provides an inside perspective on the birth of the federal mental health program. On staff at the National Institute of Mental Health when the program was being developed and implemented, Torrey draws on his own first-hand account of the creation and launch of the program, extensive research, one-on-one interviews with people involved, and recently unearthed audiotapes of interviews with major figures involved in the legislation. As such, this book provides historical material previously unavailable to the public. Torrey examines the Kennedys' involvement in the policy, the role of major players, the responsibility of the state versus the federal government in caring for the mentally ill, the political maneuverings required to pass the legislation, and how closing institutions resulted not in better care - as was the aim - but in underfunded programs, neglect, and higher rates of community violence. Many now wonder why public mental illness services are so ineffective. At least one-third of the homeless are seriously mentally ill, jails and prisons are grossly overcrowded, largely because the seriously mentally ill constitute 20 percent of prisoners, and public facilities are overrun by untreated individuals. As Torrey argues, it is imperative to understand how we got here in order to move forward towards providing better care for the most vulnerable."

"American Psychosis" covers an incredibly important subject. It seems all too often that I come across a story of someone struggling with a mental illness and not being able to get the help that they need. It's really sad. It used to be that we had mental hospitals in this country that would take in patients. Unfortunately this system did not seem to work well since the people in the hospital were not cared for well at all! This book covers how in the 1960s, President Kennedy tried to reform the mental healthcare system of this country and how the system eventually failed. It's a very sad tale that definitely could use some attention.

There were some sections of this book that were very good. I really liked the beginning section about President Kennedy and his own dealing with mental illness in his family. His sister, Rosemary, was mentally ill and had a lobotomy as a young woman so Kennedy was well aware of the plight of families that had to deal with this difficult matter.

The more narrative parts of this book were fascinating to me. There were other parts of the book where Torrey had so much information that it was almost overwhelming as there wasn't a whole lot of narrative to break it up.

One thing that I didn't care for is that the book used the word, "retarded" over and over again. While that word has been used in the past to describe those with intellectual disabilities and/or mental illnesses, the word is now sort of offensive and I was disappointed that the word was used so much in this book.

I also wish that the conclusion had been a little more actionable or at least more concrete. It seemed to end very quickly.

Overall, I really liked this book. Torrey makes some incredibly good points and definitely gave me a lot to think about. I know that this is an issue that I will be thinking about long after finishing this book. 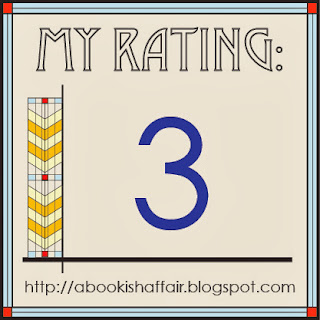