Today I'm very excited to be able to review two great books for you on A Bookish Affair today. I'm also very excited to have the author, Jennifer White, here for an interview! Both Otherwise and Dead Asleep have a heavy dose of paranormal that's really fantastic. This was perfect cold winter day reading for me!

Title: Otherwise
Author: Jennifer B. White
Publisher: OakBluffs Press / OakIvy Publishing
Publish Date: December 21, 2011
Source: I received a copy from the publisher. This did not affect my review.

Publisher Synopsis: "Delilah has returned to the ramshackle cottage she once called home, but the spirits of Green Lake, including her hoarding grandmother, refuse to let her stay in peace.  In a town that is “in-between”—a portal to the worlds of the supernatural—Delilah soon learns that nothing is what it seems. There’s life, death, and then there is OTHERWISE."


You can be alive, you can be dead, or you can be otherwise. Some of the residents of Green Lake are more aware of this phenomenon than others. Delilah isn't quite sure what's going on. I loved that the reader kind of gets to figure out what's going on as Delilah, the main character, does. There's so many twists and turns in this book is that it definitely keeps the reader on their toes. I love not being able to figure out what comes next in a book.


It took a bit to get into the meat of the story but once you're in, you're sucked in. You can tell that there's something a little bit off about Green Lake from the beginning. The citizens of the town seem to be hiding things. I really liked Delilah's character. She's trying to sort of rebuild her life in Green Lake in the house where she grew up with her grandmother whose house still bears her... uh... touch. Delilah struggles with whether or not she can make a home there with so many memories surrounding her. It was interesting to follow her to see how she deals with the burgeoning mystery around her.


This is a great book for those that like a little mystery thrown in with their paranormal! 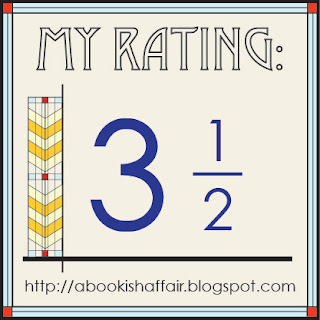 Title: Dead Asleep
Author: Jennifer B. White
Publisher: OakBluffs Press / OakIvy Publishing
Publish Date: November 11, 2011
Source: I received a copy from the publisher. This did not affect my review.

Publisher Synopsis: Kevin Macy wakes to discover that strangers are sharing his dreams.  He soon discovers that while he sleeps he must undo events from the past to prevent an impending disaster.  With Claire, a narcoleptic, he’ll take a sleep-journey into the past and future affecting so many lives, including his own.  DEAD ASLEEP rides the razor’s edge between dreaming and wakeful states, the past and the future, and the lines between life and death.

I almost read this whole book in one sitting. It's the type of book that you curl up on the couch with with the simple intention of simply starting the book and before you know it, you've almost devoured the whole thing. The premise is really interesting and original. You have Kevin, a character whose life is sort of falling apart. His marriage is dissolving or maybe its already dissolved, Kevin doesn't seem to be quite sure himself as things seem to be going way too quickly for him to keep up. His ex-wife is already ready to get married again. Then you have Claire, a woman with narcolepsy, who seems to be able know all about Kevin's dreams. Add a cup of paranormal and a pinch of time travel and you have a great story to get sucked into.


This book was also another one where there are tons of twists and turns to keep the reader on their toes. I really thought that White did a fabulous job of getting into Kevin's head and showing the reader what he was feeling and what he was experiencing. I really liked that this book was told from the first person point of view as I think that it was so fun to see everything from Kevin's perspective.


Bottom line: Jennifer White is an author I'll be watching for more from! 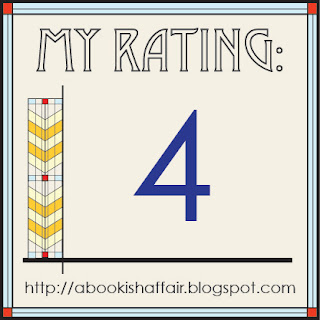 1. You’ve written five books. Do you have a favorite or one that was the most enjoyable to write?
I like all of my books for different reasons, but Dead Asleep was an especially fun project, since it was written in the first person as a man. (Talk about getting in touch with your inner dude!) I also love exploring subjects that deal with dreams and the lines between life and death.
Books should be as enjoyable for the author to write as they are for the reader to read. While Otherwise, a character-driven story with a tricky plot, had to be “mapped” to ensure that every loose end was tied-up, like Dead Asleep, it moved very quickly for me. When you’re fingers struggle to keep up with how fast the story is coming to you, you know you’re in the zone. Novelists savor those moments!
2. How did you come up with the idea for "Otherwise?"
The story rolled around in my head for years. After a while it was like eavesdropping on old friends. You know a story was meant to be when it won’t go away!
Otherwise delves into supernatural themes like reincarnation, ghosts, and alternate realities.  But the subject of hoarding that weaves throughout the story was just as interesting to write about. Having an M.Ed in psychology, I wanted to make sure this disorder was handled realistically. I spent a lot of time researching how hoarding not only affects the person suffering from it, but their family, as well.
There’s an uncanny incident that happened to me while I was writing Otherwise.  One day, a character, an elderly woman named Winifred Hunter, came to me as I was writing. It was as if I’d known her my entire life.  As I typed her name, my house phone rang.  I didn’t recognize the phone number, so I picked it up.  A woman on the other end asked, “Is Winifred there?” It sent chills up my spine.  (It still does.)
3. What's up for you next? Do you have any other projects in the works?
I’m writing a movie script about a conspiracy theory. It’s a thriller, who-done-it, with, of course, supernatural elements weaved throughout. It’s intended to be an independent film that could go into pre-production as early as mid-2012. But if we option the movie before then, that will be great, too.
Last summer, I started writing the first novel in a trilogy about a girl named Ratty Snickles.  It’s a dystopian adventure about a wayward girl who joins a group of young misfits after opening a magic doorway in a stone wall.
I’m also giving a final edit to my book, Hummus for the Holidays that was adapted for film, and is currently being reviewed by a major Hollywood film company. (The release date on that book will depend on the movie.)
While I live near Boston, Massachusetts, I continue writing taglines, and pitching movies to film production companies, so I travel to L.A. quite a bit.
4. Do you have any advice for aspiring writers?
Everyone knows the adage, “writers write.” That’s because to be a good writer—and eventually a great one—you have to do it all the time. It’s like being an athlete or a musician.  The really great ones don’t occasionally shoot hoops, or strum a few chords on a guitar. They train every day. Writing is no different.

While I’m passionate about storytelling, I don’t romanticize the hard work and perseverance that goes into writing, selling and marketing my work.  I write at least five hours a day, every day—often more.  To aspiring writers, I’d suggest taking the word “aspiring” out of that phrase and simply write.
And never look back.

5. What 3 literary characters would you bring with you to a deserted island?

Gandalf from The Lord of the Rings, Robinson Crusoe and Treasure Island’s Jim Hawkins.  Between those three characters, I figure I’d at least be able to eat and somewhat comfortable on a deserted island.  And with a little help from a wizard, I’d eventually be transported home.
Posted by Meg @ A Bookish Affair at 6:00 AM