Today, I'm excited to have M.J. Rose, author of The Book of Lost Fragrances (which I reviewed last week) to A Bookish Affair to talk about a classic fragrance. 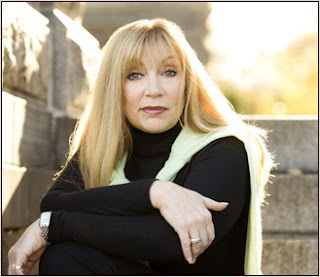 M.J. Rose: I've been fascinated with lost fragrances since long before I started writing The
Book of Lost Fragrances... since I found a bottle of perfume on my great grandmother's dresser
that had belonged to her mother in Russia. Here is one of those lost fragrances that stirs the
senses and the imagination... (researched and described with the help of the perfume writer
Dimitrios Dimitriadis)

Guerlain first focused on verveine (verbena) varieties to use in perfumes in the mid-late 1800's.
Eau de Verveine was released first in the 1870's and made brief reappearances in the 1950s
and the 1980s before being retired from Guerlain's perfume portfolio. Eau de Verveine is the
scent of high summer… sharp, uplifting notes of citrus-green lemon verbena flood the mouth
with saliva with their crisp, energizing aroma. Below is a prickle of something darker - perhaps
carnation or clove - which adds incredible depth. There is a dry, tea-like quality that emerges
as the scent dries on the skin. This impossibly rare scent evokes feelings of long days at the
summer's end with the chirrup of cicadas ringing in the ears. 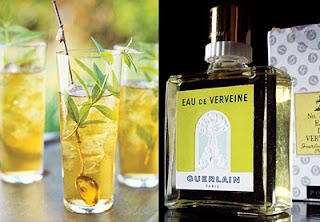 Monday, February 20th
Review at Savvy Verse & Wit
Review at Attack the Stacks
Guest Post at From the TBR Pile


Tuesday, February 21st
Review at By the By Books
Review at The Literate Housewife
Guest Post at Teresa's Reading Corner


Tuesday, February 28th
Review at Peeking Between the Pages
Review & Guest Post at The Book Faery Reviews
Guest Post at A Bookish Affair


Friday, March 2nd
Review at As I Turn the Pages
Guest Post at The True Book Addict


Monday, March 12th
Review at Daisy's Book Journal
Review at To Read or Not to Read
Review at Reflections of a Book Addict
Guest Post at Books Devoured


Thursday, March 15th
Review at My Reading Room
Review at Man of La Book
Guest Post at Reflections of a Book Addict


Tuesday, April 3rd
Review at Diary of an Eccentric
Guest Post at Muse in the Fog Book Reviews
Guest Post at Just One More Paragraph