Review: A Great Place for a Seizure by Terry Tracy

Title: A Great Place for a Seizure
Author: Terry Tracy
Publisher: Self-published.
Publish Date: April 18, 2011
Source: I received a copy from the author. This did not affect my review. 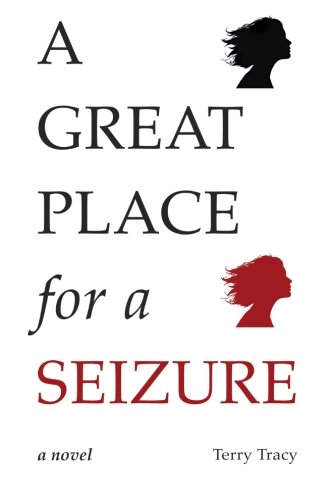 From Goodreads.com: "Mischa Dunn's family flees Chile in the wake of the 1973 coup d'etat that installs a military dictatorship. She settles comfortably in her newly adopted country, the United States, until one day, an unexplained seizure in a library signals the beginning of her life with epilepsy. With an engaging balance of humor, insight, and sensitivity Mischa draws the reader into a vivid tale that travels across three continents over thirty years."

Mischa isn't going to let something like her seizures keep her from doing the things that she wants to do. A Great Place for a Seizure follows Mischa over about 30 years from as a child in Chile until she's an adult. Seizures and epilepsy are not things that I know a lot about so it was interesting to read a book where they played such a prominent role. Mischa goes through a lot throughout her life to figure out how to cope with these issues. Some of the medical sections of the book went a little over my head but what really kept me going was that Mischa is a force to be reckoned with. She takes everything in stride.


The book is set in many different places (Chile, UK, and Washington DC). Of course, I really liked the parts set in DC. Mischa's apartment when she first moves to Washington is not all that far from where I live now, which is pretty cool. I always enjoy reading about places I know well.

Mischa is also involved with some of the things that I know well from my own experience as well as studying Latin American politics in college. Father Roy, who protested against the School of the Americas that has trained a lot of insurgents at Ft. Benning (very controversial; find out more about Father Roy here). It was interesting to see him make an appearance.


Bottom line: This book was definitely a good read about a strong character!
Posted by Meg @ A Bookish Affair at 5:00 AM