HFVBT Review: There is Always a Tomorrow by Anna Belfrage 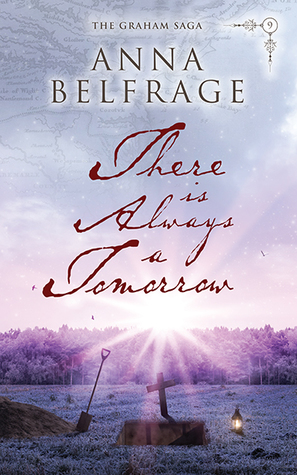 From Goodreads.com: "It is 1692 and the Colony of Maryland is still adapting to the consequences of Coode’s Rebellion some years previously. Religious tolerance in the colony is now a thing of the past, but safe in their home, Alex and Matthew Graham have no reason to suspect they will become embroiled in the ongoing religious conflicts—until one of their sons betrays their friend Carlos Muñoz to the authorities.

Matthew Graham does not leave his friends to rot—not even if they’re papist priests—so soon enough most of the Graham family is involved in a rescue attempt, desperate to save Carlos from a sentence that may well kill him.

Meanwhile, in London little Rachel is going through hell. In a matter of months she loses everything, even her surname, as apparently her father is not Master Cooke but one Jacob Graham. Not that her paternity matters when her entire life implodes.

Will Alex and Matthew be able to help their unknown grandchild? More importantly, will Rachel want their help?"

"There is Always a Tomorrow" is yet another installation to Belfrage's The Graham Saga. It is the ninth book in the series but largely works as a standalone. I caveat with "largely" for just one major reason that I will detail below. It's the late 1600s in the colony of Maryland and religion seems to be a major factor throughout the colonies. Religious tolerance does not seem to be so easy to find these days.

This book is a family saga. While it focuses on one couple: Matthew and Alex, our attention is split with the whole family. This book is truly a family saga and it is the relationships between the family members that really drives the action. While the Graham family has mostly seemed to be very happy, all of that happiness is threatened by one of the main couple's (Matthew and Alex) sons who has turned out to be so serious about his religion that he seems to forget about everything and everyone else, even when it threatens to upend his whole life. It was interesting to see why he would do this and more importantly, how his family copes (or does not cope in some cases).

I was especially interested in the setting. I live in Maryland but much further north and closer to Washington, D.C. than the characters did. It was so interesting to see what my state was once like. I really liked all of the historical detail the author infuses into the book about this.

It can be dangerous territory to jump into the middle of a series but for this book, it works pretty well. We do catch on that Alex is not from the time period and instead somehow travels back in time to this time period but it is never explained why and seems to be taken for granted by the other characters. That being said, this isn't a huge distraction but instead left me wanting to go back and read the other books.
Posted by Meg @ A Bookish Affair at 4:00 AM