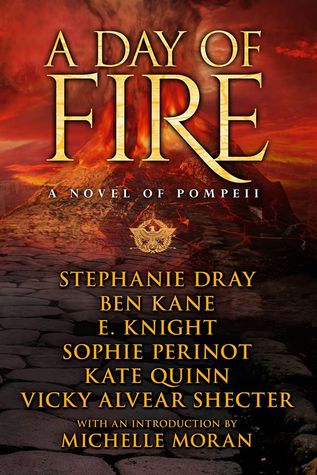 From Goodreads.com: "Pompeii was a lively resort flourishing in the shadow of Mount Vesuvius at the height of the Roman Empire. When Vesuvius erupted in an explosion of flame and ash, the entire town would be destroyed. Some of its citizens died in the chaos, some escaped the mountain's wrath . . . and these are their stories:

A boy loses his innocence in Pompeii's flourishing streets.
An heiress dreads her wedding day, not knowing it will be swallowed by fire.
An ex-legionary stakes his entire future on a gladiator bout destined never to be finished.
A crippled senator welcomes death, until a tomboy on horseback comes to his rescue.
A young mother faces an impossible choice for her unborn child as the ash falls.
A priestess and a whore seek redemption and resurrection as the town is buried.

Six authors bring to life overlapping stories of patricians and slaves, warriors and politicians, villains and heroes who cross each others' path during Pompeii's fiery end. But who will escape, and who will be buried for eternity?"

"A Day of Fire" is a collaborative novel between some of my favorite historical fiction writers that takes place in Pompeii. I have been so excited for this book. I have also been fascinated by Pompeii, as many history lovers are. Each author's story is seamlessly interwoven in with the other stories to create a very dramatic world that is wholly exciting. Each story takes on a different character (some cross from story to story). Those familiar with history know what happens to Pompeii and it makes the perfect setting for some very exciting stories! My fellow historical fiction lovers will eat up this book!

The explosion of Mount Vesuvius and the subsequent destruction of Pompeii still stirs the imagination. Each story within this book looks at a different facet of life in Pompeii. The characters in this book come from all walks of life and it was fascinating to see how each of them deal with their plight in a city that is so close to being destroyed. This book was definitely a page turner for me in that regard.

In this book, we meet warriors, prostitutes, politicians among others and we get a good taste of what their lives were like before, during, and sometimes after the events in Pompeii. I definitely think that one of the greatest strengths of this book is how the authors chose to write the characters. It's amazing how much description they fit in such a small space! You really do get attached to these characters! This was definitely one of those books where I wanted it to keep going when it was finished just so I could stay with the characters for a little bit longer.

I haven't read a lot of collaborative novels and before reading this book, I worried a little bit about how the different stories would mesh and whether or not the book would flow. I had a hunch that at the hands of these specific authors, this book would not fall flat and I was very happy to be proven correct! This was a fantastic read! 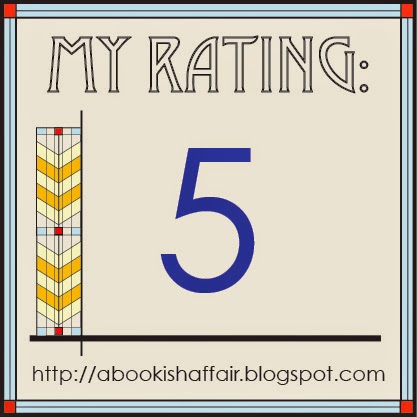 And now I'm very excited to present an interview that I did with some of the fantastic characters in "A Day of Fire." This is the first time that I've done anything like this for A Bookish Affair so without further ado, here are the characters of "A Day of Fire."