Review and Author Guest Post: I Shall Be Near to You by Erin Lindsay McCabe

Title: I Shall Be Near to You
Author: Erin Lindsay McCabe
Format: Hardcover
Publisher: Crown
Publish Date: January 28, 2014
Source: I received a copy from the author; however, this did not affect my review. 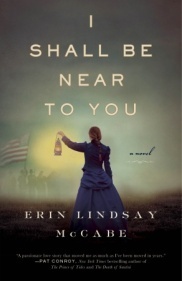 From Goodreads.com: "An extraordinary novel about a strong-willed woman who disguises herself as a man in order to fight beside her husband, inspired by the letters of a remarkable female soldier who fought in the Civil War.

Rosetta doesn't want her new husband Jeremiah to enlist, but he joins up, hoping to make enough money that they'll be able to afford their own farm someday. Though she's always worked by her father's side as the son he never had, now that Rosetta is a wife she's told her place is inside with the other women. But Rosetta decides her true place is with Jeremiah, no matter what that means, and to be with him she cuts off her hair, hems an old pair of his pants, and signs up as a Union soldier.

With the army desperate for recruits, Rosetta has no trouble volunteering, although she faces an incredulous husband. She drills with the men, proves she can be as good a soldier as anyone, and deals with the tension as her husband comes to grips with having a fighting wife. Rosetta's strong will clashes with Jeremiah's while their marriage is tested by broken conventions, constant danger, and war, and she fears discovery of her secret even as they fight for their future, and for their lives."

"I Shall Be Near to You" is a historical fiction story that takes place during the Civil War. It is the story of Rosetta, a young woman who doesn't think that she can live through the Civil War without her beloved husband. When he runs off to join the military in order to make money to buy a farm for himself and Rosetta, Rosetta has the idea that she will also follow him and join the military. If you're like me and you don't know much about the Civil War era, perhaps a woman joining the Civil War sounds a little bit far-fetched. That's definitely what I thought when I first heard about this book; however, as the author points out there were actually quite a few women who actually joined the military during the Civil War. The author draws on the accounts of these women in order to create Rosetta, a character that you will definitely fall in love with like I did!

Even though I grew up in a town in Maryland that's just a stone's throw from Gettysburg, Pennsylvania, the site of one of the most brutal and important battles of the American Civil War, I really don't know much about the Civil War at all! I would really like to learn a little bit more about the Civil War through reading both nonfiction and historical fiction. This book showed me a very different side to the Civil War and I love learning something new! I never knew that there were any women that fought during the Civil War and I really liked seeing how the author was able to create a character like Rosetta.

I absolutely loved Rosetta's character. Rosetta is definitely the quintessential tomboy when the book first opens. She is no stranger to fishing with the boys and following the boys around. When she marries Jeremiah she thinks that she is going to be able to continue being a tomboy but those around her and both her family and her community see it a little bit differently! Rosetta is definitely a spitfire, which I loved. She is also definitely one of the most memorable characters I have read about for very long time.

Overall, the story was very well written. There is a ton of historical detail here that really brought the book to life for me. I was engrossed in this story of Rosetta and Jeremiah. I am looking forward to future releases by this author. For anyone that likes historical fiction, this book is definitely a good pick!

I am very excited to have Erin here to A Bookish Affair today! 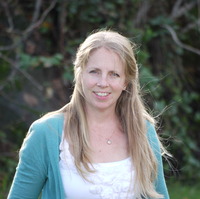 I recently realized, while reading Road To Reckoning, that I adore characters like Henry Stands, whom Thomas Walker, the narrator of that novel, calls “a good bad-man.” Ever since, I’ve been thinking about my literary crushes and working out a theory about what draws me to certain characters.

What exactly is a good bad-man? So far, I think good bad-men are characters who tend to exist outside the norms of society in the realm of outlaws, murderers, loners, liars, and drunks. They willingly and easily do bad things (murder, mainly, but other lawbreaking and lying too), sometimes for good and just reasons, but often just because. They also do good things (Henry Stands, for instance, helps newly orphaned Thomas get home safely and avenge his father’s death) for the wrong reason (the promise of money). Rooster Cogburn in True Grit is an example of this sort of character. Rhett Butler might be a third example (he’s certainly dishonest), though my husband and I are still arguing this point. Still, while they may be bad, they also exhibit honor in following their own moral code. They inspire admiration, though often in the form of fear, because these are characters who take care of business with competence and courage that is reckless, even bordering on fearless. In short, they are terrible characters with whom to fall in love, and indeed, they often appear in stories where there’s not even a whisper of romantic love. Still, I love them.

This realization led me to a corollary observation: I consistently develop major literary crushes on characters who are “bad good-men.” And in fact, Rosetta Wakefield, the protagonist of my novel I Shall Be Near To You, is a bad good-woman (she wants to be a good daughter and a good wife, but in order to live a life that feels authentic and right to her, she does things that others think are bad—disobeying her husband and enlisting in the Union Army, for one). Good bad-men are characters who are firmly entrenched in their community as respected leaders, friends, husbands, brothers, sons. They too exhibit honor and inspire admiration, but when they are forced to do bad things it’s to protect their community, their loved ones, or their honor. They seek justice and will do bad things in its pursuit, but generally because they have a personal stake in the outcome. Jamie Fraser in Outlander is perhaps the quintessential bad good-man (and yes, I have a crush on him—is there anyone who doesn’t?). Gilbert Blythe is a bad good-man (pigtail pulling automatically qualifies him). I would argue Hamlet is a bad good-man. And perhaps my first admitted literary crush, John Proctor of The Crucible is another.

I still remember the first time I met John Proctor. My high school was putting on a production of The Crucible. I auditioned for a part, and was, I’ll confess, very disappointed when I got the dual role of Betty (she’s the crazy girl who is comatose most of her time onstage, until the moment she wakes and tries to fly out the window) and the off-stage voice of Martha Corey (her husband Giles gets pressed to death). But then John Proctor came on the set. In his first moments on-stage, he renounces (good!) Abigail, with whom he has been having an adulterous affair (bad!). But hey! At least he has a moral code, even if he initially sucks at living up to it. Of course (SPOILER ALERT!), when Abigail starts naming those in Salem who have consorted with the Devil, John Proctor is on her list. But he has his honor, and refuses to lie by confessing to something he has not done (good!), instead going to the gallows for it (bad!). In rehearsals, I heard John Proctor say over and over how all he had was his name and he would not lie to save his own life. To make matters more complicated, John Proctor worries that, were he to confess, it might further implicate his pregnant wife Elizabeth whom Abigail had also fingered as a witch. Swoon?

Years later, as a high school English teacher, John Proctor and I became reacquainted, and I admit, my attraction to him was still just as strong. It was a privilege to introduce my students to a character who would stand up for truth and justice (good!), even if it meant losing his life and abandoning his family (bad!). I know without a doubt my students thought my gushing over John Proctor was a little weird (albeit highly amusing). But months later when we studied and wrote poetry, they asked me to write an Ode to John Proctor. I was only too happy to oblige.

What can I say? I like characters who are complex and messy in the way that real people are. I would never want to actually be wife (or mistress) to John Proctor (or even Jamie Fraser), but they allow me to walk the line of moral ambiguity and decide on which side I come down. Though I sometimes wish these characters were real, I’m all too glad to meet and love them in the pages of a book rather than in real life, where they would most likely break my heart. That’s why I read and write—to find characters who will live both on the page and in my imagination, characters who are worthy of having a crush on but who will only fictionally break my heart.

He burns on the page
his fire flames your conscience,
the conflagration in the congregation
he torches souls.

He is a black bull funeral dirge
Bellowing and charging
down
the line
on
the page
through
the parish.

He is the spear
Piercing hearts of apathy:
he will not be laid down
he cannot be sheathed.
His steel is forged in fire
and hot with blood.

He is the side chair
hard and resolute,
making idle bones ache
and righteousness creak.
When he splinters
under the weight of damp excuses
and brittle inactivity,
his oaken core
the brightest kindling.

He burns on the page.
Still, after all these years.
Posted by Meg @ A Bookish Affair at 4:00 AM