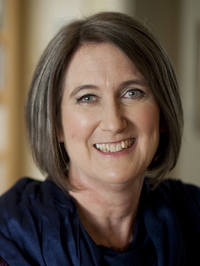 The Research Process Behind Hand of Fire

It may sound strange, but I began to write Hand of Fire in order to answer a question that had bothered me for a long time. For years I’d taught the Iliad, Homer’s epic poem of the Trojan War, and kept wondering with my students how Briseis, the captive woman who sparked the bitter conflict between Achilles and Agamemnon, could possibly have loved Achilles.

The Greek had killed her husband and brothers, destroyed her city and turned her from princess to slave—hardly a heartwarming courtship. She is central to the plot and yet she gets only a handful of lines. In those few words, the one clear notion expressed is her sorrow when she is forced to leave Achilles.

I should say I always liked Achilles, the existential hero who calls the whole war into question—which shows he’s no brainwasher—so the answer wasn’t some ancient version of Stockholm Syndrome.

I had to go in search of a Briseis whose character and actions could explain this unlikely love.

Homer is remarkably stingy about Briseis. We hear only that she was a princess of one of Troy’s allied cities, Lyrnsessos, and that Achilles slaughtered her three brothers and husband before taking her captive. She gets one brief speech in which she grieves for Achilles’ friend Patroklos—it’s a literary foreshadowing of the grief she’ll express when Achilles dies. But I wanted to give her the full voice Homer denied her. I wanted to build a flesh and blood woman.

While Homer gives us little to work with, modern archaeology has excavated a wealth of detail about the world Briseis lived in. My novel uses all this finely wrought history to construct a plausible life story.

In the Late Bronze Age (about 1250 BCE), in what is now modern Turkey, there existed a powerful Hittite Empire and several semi-independent kingdoms, Troy among them, all culturally related to each other. In the last couple decades extensive libraries of cuneiform clay tablets from this Hittite world have been excavated and translated. They reveal the details of this region’s everyday life, religious beliefs, language and customs. In these libraries and the rest of the archaeological finds, I found the historical Briseis.

In various university libraries I’ve read the scholarly discussions and evidence. It’s a long leap from there to enjoyable fiction, but that’s the base. I found some excellent books on the Hittites overall, but for such a new field, I also had to dig into academic journals on many specific subtopics, as well as individual archaeological site reports. Site reports are a particularly dry form of reading but I mined them for the details. For example, the DNA profiles of sites (this is very contemporary archaeology) reveal what foods would have been available.

When working with such fragmentary sources as archaeological remains, a writer has to fill in the gaps with the compelling details of a living story. This process is a blending of fact and fiction. Here’s a simple example. When putting clothes on my characters, I can look at stone carvings and a few representational vases for evidence. I know what fibers—wool and linen—Hittites had available. That still leaves a lot of room for fashion design.

In addition, I have travelled in Turkey, spent hours studying museum collections, talked with archaeologists, and experienced firsthand the geography of the settings of my book.

All this describes the research phase, but the really key part of writing any novel is creating a page-turning story. That’s a psychological journey into imagination that an author has to resist overburdening with too many historical details. I have a friend who says to herself, “I’ll keep that for my PhD.” That’s a good attitude because no one wants the dry stuff slowing down the tale.
Posted by Meg @ A Bookish Affair at 10:06 AM