Review: Empress of the Seven Hills by Kate Quinn 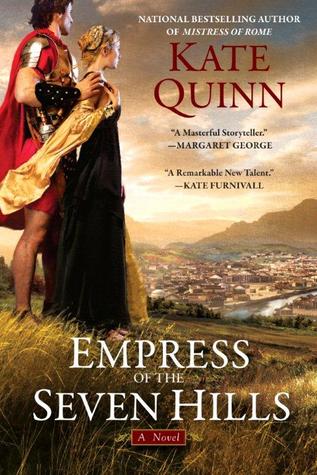 From Goodreads.com: "Powerful, prosperous, and expanding ever farther into the untamed world, the Roman Empire has reached its zenith under the rule of the beloved Emperor Trajan. But neither Trajan nor his reign can last forever...

Brash and headstrong, Vix is a celebrated ex-gladiator returned to Rome to make his fortune. The sinuous, elusive Sabina is a senator's daughter who craves adventure. Sometimes lovers, sometimes enemies, Vix and Sabina are united by their devotion to Trajan. But others are already maneuvering in the shadows. Trajan's ambitious Empress has her own plans for Sabina. And the aristocratic Hadrian-the Empress's ruthless protégé and Vix's mortal enemy-has ambitions he confesses to no one, ambitions rooted in a secret prophecy.

When Trajan falls, the hardened soldier, the enigmatic empress, the adventurous girl, and the scheming politician will all be caught in a deadly whirlwind of desire and death that may seal their fates, and that of the entire Roman Empire..."

How do you know when you have found a really fantastic book? Like this: picture that you are on an airplane. It's a red eye and everyone is sleeping. You aren't sleeping because you are so into this book that you must finish it. You know you are going to be exhausted when you land. You finish the book finally and the ending is both so good and such a cliffhanger that you can't decide what you should do first. Should you throw the book across the plane because you can't believe that you have to wait such a long time for the next book to find out what happens after the cliffhanger? Should you cry quietly to yourself because the book moved you in such a way that you are mourning coming to the end? Should you wake up your dear husband (who is deeply asleep like you are supposed to be on a red-eye) and tell him all about the book? I opted for the last choice because I had to talk about the book to someone Right. That. Very. Second. My husband listened (such a good sport) and then told me to go to sleep (mostly so he could go back to sleep).

"Empress of the Seven Hills" is the third book in Kate Quinn's Rome series. You may want to read the other books before this one (mostly because they are great books, you will still understand this one). This book follows Vix, son of Thea from "Mistress of Rome", and Sabina, a woman who is high-born but wants so much more than what her station in life offers. I love both of these characters so much. Vix is so awesome. He's brash and hard-headed. He seems like he'd be a lot of fun to hang around with. Sabina is fascinating to me because she could lead a very privileged life but she is just not content with that. I love the love story between the two of them and loved following their adventures together. I cannot wait to see what the next book holds for them. These are characters that you are absolutely going to fall in love with. Quinn does a fantastic job of making them feel really real and bringing them to life.

I got sucked into this story. Between the awesome characters, the amazing setting, and the historical detail, I am one satisfied reader! 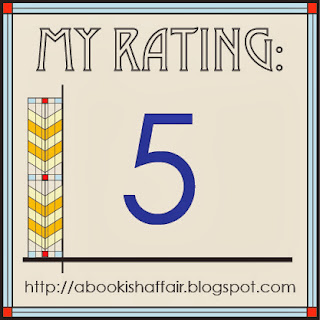