I am very pleased to have David O. Stewart, here on A Bookish Affair today. 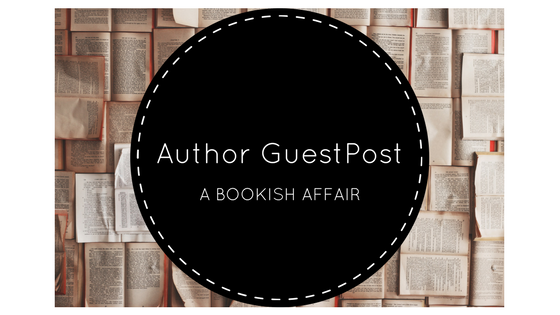 How to “Get” Great Characters Like Babe Ruth
David O. Stewart
(David O. Stewart is the author of The Babe Ruth Deception, a historical mystery focused on the first two years the Babe played for the New York Yankees, 1920 and 1921.)
Portraying familiar historical figures is a central challenge of writing historical fiction, and also a great joy.  The writer, of course, has to replicate any widely-known qualities about the character.  Abraham Lincoln, for example, has to be tall.  Ulysses Grant really should chain-smoke cigars.
But the novelist needs to tell us more, to lead us inside the character to new lands.  That involves discerning what made that person tick, teasing out underappreciated qualities, and presenting those insights in a persuasive and natural-seeming narrative.
That challenge emerged early in writing The Babe Ruth Deception, my historical mystery about Ruth’s early years playing for the Yankees, years that also saw Prohibition crash onto the scene, organized crime explode in American streets, and gambling scandals beset baseball.  I had to weave the Babe into those tumultuous times, respecting what we know while exploring truths under the surface. 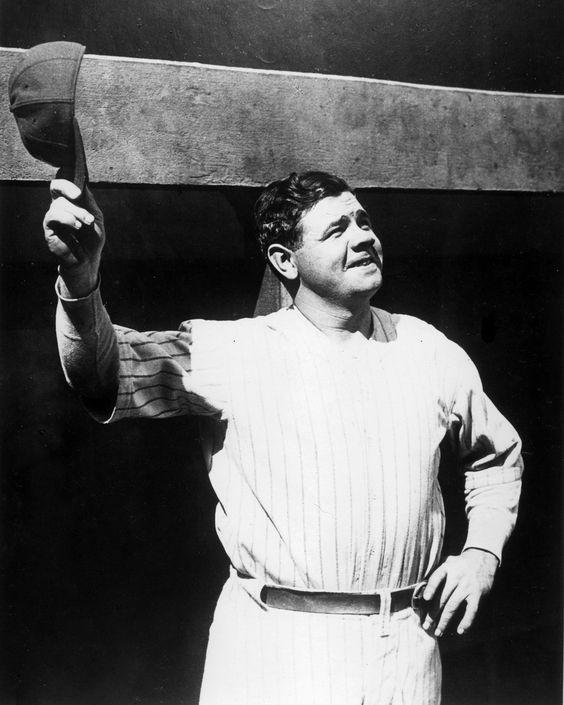 Young Babe Ruth: hale, hearty, and an extraordinary athlete
I knew I had to include the Babe’s core, well-known qualities.  He was barely educated, usually affable, always ready for fun, and a never-satiated consumer of food, liquor, and female companionship.
I also had to portray his extraordinary physical gifts.  After all, no one else has been a star pitcher for four seasons, setting records that stood for decades, and then transformed himself into the best hitter of all time, reinventing baseball into a power game built around the home run.
I also had to confront a distortion in our historical memory.  Most film clips of the Babe date from the end of his career, when high living had taken its toll and laid on extra pounds.  Yet early in his playing days, the Babe was a physical marvel.
He was fast enough to steal home ten times.  He had the power to set a new home run record in 1919, with 29 homers.  And to smash that record the following year when he crushed 54 home runs (more than most entire teams that year).  And then to break that record a year later with 59 home runs.  Three record-setting seasons in a row.  The man was no fluke.  He did things that people didn’t imagine could be done.
With great talent comes a natural, unthinking arrogance.  When asked why he played a musical composition so fast, the guitar virtuoso Andres Segovia answered, “Because I can.”  Babe Ruth, behind that aw-shucks grin, knew he was better than other players.  I needed to capture that, to dispel the assumption that he was just some big lunk who happened to have great hand-eye coordination.
The truth is, the Babe had a fierce drive to excel and didn’t let anything stand in his way.  The closing scenes of The Babe Ruth Deception trace his astonishing performance in the 1921 World Series, when he almost gave up an arm in order to lead the Yankees in their first postseason classic ever.
He seized his career in both hands and made something great with it.  When his first team, the Boston Red Sox, insisted that he continue pitching every four days, he made himself sufficiently obnoxious that the Sox sold his contract to the Yankees, who were willing to grant his wish to be an everyday outfielder.
On July 16, 1922, the Babe had the mortifying experience of losing a ball in the sun while playing left field in New York’s Polo Grounds.  For the next 12 years, he refused to play any outfield position that looked into the afternoon sun. So he played right field in the Polo Grounds and Yankee Stadium and in Washington DC and Cleveland, but left field in all the other American League cities!
And when it came to marketing himself – what business types now call “building your brand” – no one could touch the Babe.  For big paydays, he endorsed chocolate bars, two types of breakfast cereal (Wheaties and Quakers Puffed Wheat), cigarettes, cigars and chewing tobacco, soft drinks, gasoline, soap, bread, shaving cream, baseball mitts and balls, and even underwear (take that, Michael Jordan).
k 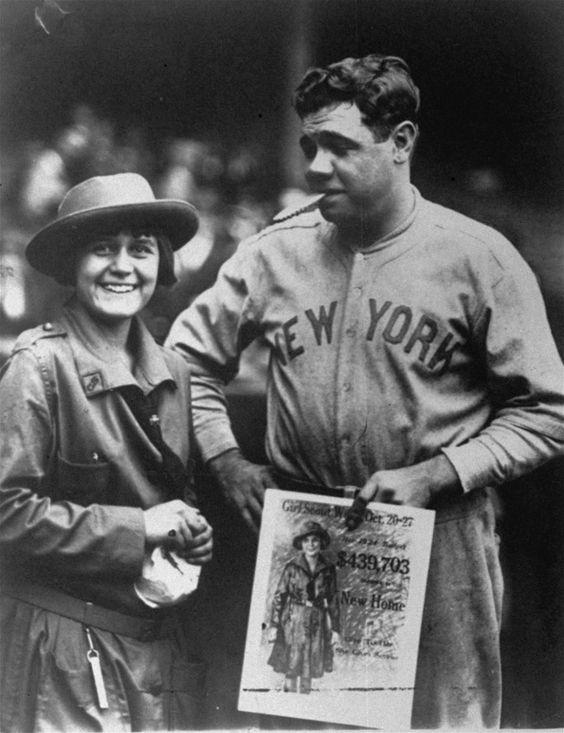 Babe Ruth promotes Girl Scout cookies (in his mouth), while
admiring a scout in a way her father wouldn’t approve
So I had to depict a man with little education, rough manners, and decidedly low habits, who also was single-mindedly able to achieve unimagined success, while retaining a childish innocence and love for the game.
To capture such a complex figure, I read many descriptions of him and his exploits.  I watched film clips and dug up old photos of him speaking and clowning around and hammering home runs.  I had to insert what I learned into the story with the writer’s tools:  creating revealing situations (fictional and real), portraying the Babe’s actions and reactions, and imagining his vocabulary of gestures and dialogue.
Did I get them right?  I hope you’ll take a look at The Babe Ruth Deception and let me know how I did.
Posted by Meg @ A Bookish Affair at 4:00 AM