I am very excited to welcome Kate Quinn to A Bookish Affair today. As you can see from my review yesterday, I loved her latest release "The Alice Network." Now she's here! 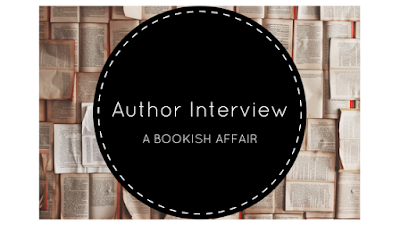 I love ancient Rome and Renaissance Italy, where my previous six novels are set, and I'd love to write more books there someday, but I've always had ideas for stories in a wide array of historical periods. When I saw the huge recent boom in popularity for 20th century war fiction, it made sense to revisit some of those old plot ideas, and see if anything grabbed my imagination. It did! And when in my reading I came across the Alice Network—a ring of World War I informants in German-occupied France, many of them female, run by a petite Frenchwoman whose skill and success earned her the nickname “The Queen of Spies”—I knew I had to tell that story.

I'm lucky enough to count among my good friends a multi-lingual history buff named Anna who is my go-to source whenever I need language assistance. She has family ties in both Germany and France, and was thrilled when I started writing "The Alice Network" since her French ancestors come from the Lille area where much of the book is set. Anna had great-great-uncles and aunts who endured the German occupation in World War I, and she knew her French relatives were just starting to go through the family papers and archives. She translated old letters for me over time; we were only hoping to find period detail about wartime life under German rule, but eventually we found something much better: several of Anna's ancestors not only knew the Queen of Spies, but very probably helped in the Alice Network! It was a thrilling bit of research, and with the family's permission I wove several of their ancestors into the book as minor characters.

3. Who is your favorite character in the book and why?
I love my heroine Eve as she appears in the 1947 timeline: a former soldier and spy who swears like a sailor, drinks like a fish, and drops sarcastic bon mots everywhere she goes. I love writing battleaxe women with biting wit.

4. What scene was the most fun to write?

The scene where a very smart, very arrogant villain finally realizes how thoroughly he has been fooled by a woman he has fatally underestimated. I took a glorious satisfaction in wiping the smug look off his face on the page.

5. Can you tell us what's next for you?
I'm working on another dual timeline story focused around World War II. Tentatively titled "Darkroom," it involves a hunt for Nazi war criminals in post-war America, and the incredible true story of the female Russian bomber pilots known as the Night Witches...


6. If you could bring three people, fictional or non-fictional, with you to a deserted island, who would you bring and why?
My husband, because he has survival skills. Homer's Odysseus, because he could easily McGyver all of us off a desert island given time. And Siri, because once off the island, neither Odysseus nor my husband nor I can be relied upon for directions.
Posted by Meg @ A Bookish Affair at 4:00 AM