I am very excited to welcome Alyssa Palombo, author of "The Most Beautiful Woman in Florence" here to A Bookish Affair today! 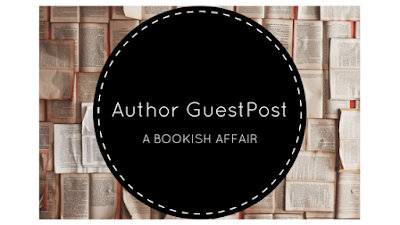 When I first set out to write the book that would become The Most Beautiful Woman in Florence, I was in a good position, research wise, as I already knew quite a lot about Renaissance Italy. It is a subject/time period I had read about often over the years, just for my own personal knowledge, because I found it so fascinating. It’s a period of history that is rife with violence and political strife just as much as it is with art and innovation. As well, some of history’s most intriguing figures peopled the era: the Borgia family; women of power like Caterina Sforza and Isabella d’Este; the great masters like Botticelli, Michelangelo, and da Vinci; and ruthless politicians like Niccolo Machiavelli and Lorenzo de’ Medici. Figures such as these, and the events that shaped them and were shaped by them, were already well known to me when I started writing my novel.
As helpful as this background was, though, I still had a lot of work to do. Unlike in The Violinist of Venice, my first novel, this time my heroine, Simonetta Cattaneo Vespucci, was a real-life woman. So, of course, when it came to research I started with her.
Researching Simonetta proved to be a bit of a frustrating process. Very little is known about her; even her exact year of birth is unknown (in the year in which The Most Beautiful Woman in Florence begins she would have been either fifteen or sixteen; I made her sixteen). We know she married Marco Vespucci (a cousin of Amerigo Vespucci, the explorer who gave his name to the New World) sometime in 1469 (which is where my novel begins), but I could not confirm 100% the location of her wedding. Some sources claimed he married her in Genoa, where she was from, and then brought her to Florence; others claimed that she came to Florence and married him there. It was frustrating to not be able to know such a simple fact for certain, so in the end I just chose the scenario that I liked best and that best fit the story: that she had come to Florence and married him, and that the Medici family hosted their wedding. This may or may not have been what really happened.
The rest of Simonetta’s life is similarly sketchy. I took the other few facts of her life that I could find – the fact that she and Marco never had children; a joust at which Giuliano de’ Medici, brother of Lorenzo, carried a banner with an image of her that had been painted by Sandro Botticelli; the fact that she was, indeed, hailed as the most beautiful woman in Florence during her lifetime; and the date and manner of her death – and built my story on that framework, along with a few other details, rumors, and anecdotes about her that I found. As I went on with the writing process what I found, though, as that having just these few facts and details could be as freeing as it was frustrating. Since so much was unknown, I could shape her life as I wanted and as best suited the heroine I believed her to be.
And what’s the best way to find information on obscure historical women? Research the famous men around them, of course. As a result I read a lot about Lorenzo de’ Medici – who is also a character in the novel – and most of the information I did find about Simonetta was in books about Lorenzo or the Medici family in general.
And, of course, I looked at artwork. Botticelli’s paintings – specifically The Birth of Venus, which depicts Simonetta as Venus – are at the center of this novel, and so I read about the man himself and also spent a lot of time pouring over his gorgeous paintings. In addition to becoming very familiar with the paintings I was writing about, of course, looking at paintings from the period generally was helpful in seeing what clothing and hairstyles people then wore, what buildings and interiors looked like, etc.
I was fortunate enough to see all of the artwork described in this novel – and some of its settings, like the Medici palace – in person when I went to Florence to do further research. Seeing this artwork and these locations was, of course, invaluable and helped me bring the story to life in a way that just reading about something, I feel, never can. Just as Venice and Vivaldi’s music became characters of their own in The Violinist of Venice, I wanted the same to be true of Florence and Botticelli’s paintings in The Most Beautiful Woman in Florence – and I hope I succeeded!