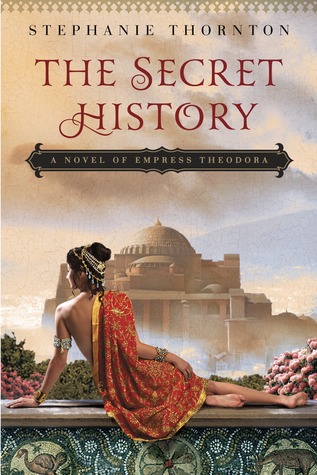 In sixth century Constantinople, one woman, Theodora, defied every convention and all the odds, and rose from being a common theater tart to become empress of a great kingdom, the most powerful woman the Roman Empire would ever know. But the woman whose image was later immortalized in glittering mosaic was, in fact, a scrappy, clever, conniving, flesh-and-blood woman full of sensuality and spirit whose real story is as surprising as any ever told…

When her father dies suddenly, Theodora and her sisters face starvation on the streets. Determined to survive, Theodora makes a living any way she can—first on her back with every man who will have her, then on the stage of the city’s infamous amphitheater in a scandalous dramatization of her own invention. When her daring performance grants her a back-door entry into the halls of power, she seizes the chance to win a wealthy protector—only to face heartbreak and betrayal.

Ever resilient, Theodora rises above such trials and by a twist of fate, meets her most passionate admirer yet: the Emperor’s nephew. She will thrive as his confidant and courtesan, but many challenges lie ahead. For one day, this man will hand her a crown. And all the empire will wonder—is she bold enough, shrewd enough, and strong enough to keep it?"

Wow! This book was really, really good. Empress Theodora is an absolutely amazing historical figure and this book really brought her to life. She went from being a prostitute to an actress to an empress to Justinian I, an emperor of the Roman Empire. Impressive leap, no? Just her basic story alone is really gripping. Debut author, Stephanie Thornton takes the story and turns it into something really special.

Theodora is such a good character. The book is told from her point of view so we really get to see what she goes through and what her life was like. We get to see from her very humble beginnings through her rise to empress and beyond. Even though she has a truly amazing story, she still feels really accessible and like someone you might want to know.

I haven't read a lot of historical fiction set in ancient times. I absolutely loved being able to see what life must have been like during the Roman Empire. Thornton really makes the setting come to life. You can see the dirtiness and grime of Theodora's early life and you can feel the sheer opulence of her latter life. The description of this book is incredibly rich. There are so many parts of the book that I wanted to savor just a little bit longer.

This book is truly a treat, both for the historical fiction lover but armchair travelers who want their reading to be a whole body experience. I loved this book and I want more. I will be eagerly awaiting Thornton's future releases. 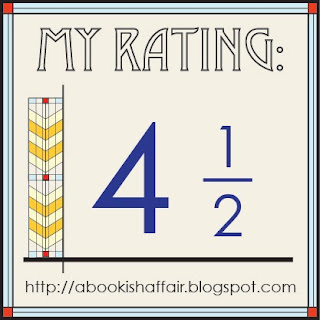 I'm excited to be able to give away a copy of this fantastic book and a Byzantine coin! Open internationally!